The SPA Has Become a SPO! * | The Olive Oil Source
Skip to main content

The SPA Has Become a SPO! * 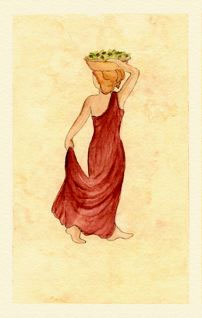 “Let’s go to a spa!” While spas are intended to treat a variety of physical ailments, we often think of going to a spa simply as a treat. While no one knows exactly the derivation of the word “spa”, some believe it comes from the Latin verb, spagere, meaning “to pour forth” and many attribute the acronym SPA to Salus Per Aqua or “Health Through Water”. Others believe it comes from the Belgian town of Spa, known since Roman times for its baths. Either interpretation might be true, but one thing we know for sure, olive oil health and beauty treatments are gaining in popularity so much so that Villa Campestri Olive Oil Resort thinks a better description for your next vacation is a SPO, or Salus Per Oleum, meaning “Health through Olive Oil”.

A quick history of Spas

One might think that spas are recent inventions, given their proliferation and popularity as more and more people follow a spa-going trend for health, anti-aging and relaxation. In fact, spas date back several thousand years from the Egyptians and Minoans to the Greeks and Romans. It was during the Roman Empire that spas evolved into what we know today.

A typical Roman spa routine offered a workout in the gymnasium, followed by visiting progressively warmer rooms, where one would bath in natural hot springs and thermal baths. Along with bathing, the body was alternately anointed with oils, then exfoliated and massaged. A dip into frigid water completed the ritual.

A key element to this spa ritual involved anointing the body with oils and the oil of the time, of course, was olive oil. The ancient Greeks and Romans seemed to have been aware of the natural antioxidant properties in olive oil that help repair skin damage as a result of excess sun exposure and the natural aging process. They bathed with olive oil, and used it to keep their skin and hair soft and healthy.

Now, fast forward to the 19th Century, where “taking the waters” in Europe’s great spas became destinations for the wealthy. While water treatments are still considered the basis of the spa experience in Europe, massage and skin treatments are by far the most popular in America with a new added element---olive oil.

One of my favorites among the many resorts and spas is the enchanting Villa Campestri, located north of Florence, in Italy. Known as an “Olive Oil Resort”, the exquisite Renaissance Villa, built around an ancient 13th century fort, is surrounded by ancient olive groves that produce exceptional extra virgin olive oil. In addition to offering delicious cuisine and olive oil tasting in their stunning Oleoteca, the Villa also includes not a spa, but it is one of the first to offer a full Salus Per Oleum, or SPO. Here guests can enjoy a variety of treatments, including ayurvedic massage, relaxing or energizing massage, decongestant massage and foot reflex massage all using olive oil and under the shade of an ancient olive tree, if desired. As noted in their literature: “Our olive oil, which is strictly organic extra-virgin and cold-pressed, has innumerable properties: it softens the skin, making it bright and relaxed, and it counteracts the aging process. All this is thanks to its combination of precious fatty acids (linoleic and linolenic acids) and the anti-aging vitamins A, E, K and D, which keep tissues healthy.”

Away or at-home, think SPO!

So, the next time you go to your favorite spa, ask for an olive oil treatment to keep your skin healthy and youthful. Or, if you want to create that spa feeling at home, just reach for the olive oil and create your own “health through olive oil” - SPO treatments. And check out the “Pressing Times” archives for many olive oil beauty tips that we’ve shared in the past.