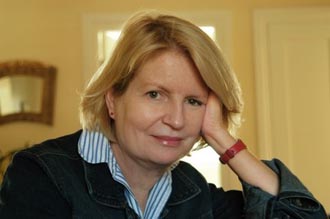 One of the common threads in the olive oil business is the quality of people involved in the industry. They share a common passion that drives the movement forward. When insiders are asked what they most like about the business, the universal answer is almost always “the people”. And, many times, they are thinking of Patty Darragh when giving that answer. Patricia Darragh, Executive Director of the California Olive Oil Council (COOC), is a tireless supporter of growing the U.S. domestic olive oil industry and a delightful representative of what makes this business interesting, satisfying and fun.

An integral part of the COOC since 1997, Darragh has had a variety of responsibilities focused on growing the domestic market. But her role at the COOC is just the latest incarnation of a love of all things food-related that began in early childhood. A native of Brooklyn, she spent summers at her grandmother’s farmhouse on eastern Long Island, an area renown for Blue Point clams, mussels, ducks and strawberries. A graduate of Le Cordon Bleu and La Varenne in Paris as well as La Cuisine in New York, Darragh enjoyed a long career at American Airlines before moving to California in 1995. As a member of a Berkeley-based writer’s group, she is currently writing a novel about immigrant life in Brooklyn. In her spare time, Darragh can be found writing, searching the shelves of her favorite bookstore, or on a jet plane.

By happenstance, I was at a dinner in 1997 and heard that the COOC was looking for someone to write a newsletter, respond to queries and help grow the industry. Prior to 1997, volunteers performed these tasks. I began by working 6 hours a week.

What do you think is the industry’s biggest challenge?

Without a doubt, the people. I am very grateful for all of the hardworking, committed and visionary folks out there who make a difference throughout the industry every single day.

Many important tasks including the agricultural survey which will be released in late August 2010, finishing up the TASC survey which is a compilation of chemical data gleaned from olive oil producers in the US and Mexico, planning our 2011 annual meeting (Monterey Plaza Hotel March 4-6) and our membership renewal drive. Additionally, we sent a proposal to the USDA in July for a second year of testing oils for the TASC program and the recently released US Davis study will begin a second phase.

On a personal level, I wish I could sing like Diana Krall. Professionally, I would like to add more hours to the day.

Who are your favorite authors?

Watching the street scene from a café on rue Cler in Paris.

What has been your biggest success in life?

A picnic on the Atlantic Ocean beach in Brooklyn during my youth. My large, food-obsessed family would bring a half ham, Manhattan-style clam chowder, pickles, tomatoes, potato salad, short bread cookies and whole melons. We would stay all day alternating talking, eating and swimming. At night, we would stop at a clam shack and order dozens of little neck clams. I can still taste the fresh, salty brine. It was heaven.

At the COOC, we plan to expand and update the website, providing more health and consumer information and initiate an advertising program. Our 2011 seal certification will begin in October. There are good indications that the production will be over 1 million gallons this year. At that number, we will surpass French production! Personally, I hope to continue my writing and travel as much as possible.