Albert Katz, A Lifetime of Passion 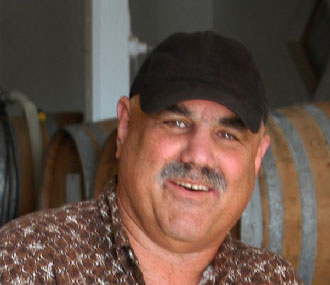 The growing popularity of the California olive oil industry has been supported by many pioneers over the past two decades. People who drove the business from a backyard endeavor to the burgeoning success it is today. There are many to thank for this journey, but one who exemplifies the passion and persistence it has taken to bring us this far is certainly Albert Katz.

Katz, who along with this wife, Kim, own the award-winning Katz and Company, was one of the lucky pioneers sitting around a table at the first meeting of California olive oil enthusiasts that later became the California Olive Oil Council. He has made countless contributions to the domestic industry over the past three decades. His enthusiasm continues to be just as infectious as ever as he ruminates about his past, the current busy harvest and plans for the future.

Good question...I have always had a fascination with olive oil. As a chef and restaurateur in the 80's and early 90's in the San Francisco Bay area, I made a decision to only use olive oil in our restaurant kitchen early on. That meant finding oils from Europe since I could not find any being produced in California. I never understood, then, why that was the case. When we sold our restaurant in 1991, we decided to go to Italy to explore their olive oil world. I called a few friends who were importers and I was "hooked up" with some small producers in Tuscany. The first time I tasted a freshly pressed, emerald green elixir, full of flavor and pungency that made me cough wildly, was all it took – I was hooked for life.

When I returned to California, it was always in the back of my mind that I wanted to figure out why we couldn’t make great olive oil right here. Serendipitously, after moving to the Napa Valley, I was introduced to Lila Jaeger who, in her enthusiastic and inimitable fashion, let me know that she was trying to get some people together to talk about making olive oil. I came to that first meeting with about 20 other pioneering souls and that was the beginning of the California Olive Oil Council (then called the Northern California Olive Oil Council) which Lila founded.

I have been "hooked" on producing olive oil ever since and feel grateful for that first meeting and to all who have joined me on this amazing journey.

What do you think is the industry’s biggest challenge?

My answer to that is only slightly tongue-in-cheek, when I say that the biggest challenges are beginning to appear in the "rear view mirror". The first 10-15 years brought challenge after challenge and there were times when I wasn't sure that we would ever find willing and wanting markets; but things have really come together for the industry over the last few years and I now see a bright future. The one nagging issue remains truth in labeling and oil adulteration. However, through the efforts of the COOC, UC Davis Olive Center, USDA, and a more vigilante press, we are even making some inroads on these issues as well.

The actual harvest and tasting our oil each year as it rolls off the press for the first time. Fantastic moment....

With harvest on, I am working on finding some time to catch up on my sleep! Beyond that, we are trying to figure out what cultivars we want to plant on a 16-acre property in the Suisun Valley. These are the last trees I will be planting in my lifetime and I want to get this last mix just right!

Where is your favorite vacation spot?

Kim and I have been self-employed since our early twenties, so we rarely get enough vacation time. Visiting NYC, Washington, DC and Chicago is always inspiring, but a week in Sea Ranch, Santa Barbara or Inverness can often do the trick, and Italy isn't too shabby when time permits an indulgence.

Loyalty, always first, and being willing to act beyond your own self-interest, would be next.

The middle of our olive groves, without much "noise" around me. In a more worldly view, walking with my wife in Central Park!

What is your most satisfying achievement?

Being a parent and soon to be a grandparent, without question. From an industry point-of-view, being one of the founding members of the California Olive Oil Council, and being named "Pioneer of the Year" in 2008 stands out, and having our oils win over 20 gold medals during the last 10 years is a "sustaining" achievement. On a more macro life level, being involved since my early twenties with helping to build a real and sustainable food and farming movement in our country fits right in there.

Although Kim and I have been fortunate enough to have many amazing meals around the world in our 35 years together, when I asked her this question, we both never hesitated to give the same answer....the River Cafe under the Brooklyn Bridge in 1981. We were in our mid 20's and Larry Forgione was making a name for himself and the restaurant. We were in NYC for the first time and it was just a magical meal at a magical time!

Retirement with lots of long walks, and time to sit and read a book! But it won’t happen before we complete our latest project: building a tasting room and planting a new olive grove on the 16 acre parcel in the Suisun Valley.